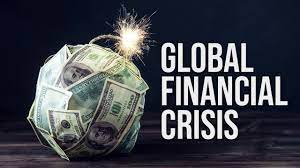 Welcome To The Great Reset

Things are changing fast in the Global Financial Landscape. It’s imperative that you be aware and Glenn Beck explains it well. 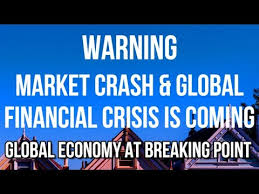 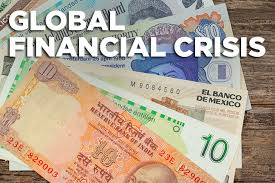 PREPARE Yourself for the Digital Dollar DISASTER | Glenn TV | Ep 181

WATCH more GlennTV: https://blazetv.com/glenn Glenn warned that Great Reset elites were looking for the next “serious crisis,” and … enter Ukraine. The global corporate community has UNITED with world governments to defeat Putin and Russia’s invasion. The West’s answer was to turn on an economic weapon of mass destruction. But not just against the Russian government. Russian civilians have been forced to feel the pain too. It’s the very same economic enforcement built under the Great Reset with ESG. Glenn warns this economic WMD model could also be used against Americans found “treasonous” under Biden’s administration. With a new Axis power hostile to the U.S. and its dollar, the president has responded with another path to full control and submission through a DIGITAL dollar being built RIGHT NOW. Glenn reveals what this programmable dollar will look like and what it all means for you. ESG could be enforced with the press of a button. Privacy would be a thing of the past. And local banks probably won’t survive. The crackdown is coming. #blazetv #glennbeck #glenntv ► Subscribe to BlazeTV YouTube! https://bit.ly/2KJHuwu ► Join BlazeTV! https://get.blazetv.com/ ► Sign up for our NEWSLETTER: https://theblaze.com/newsletters Connect with us on Social Media: http://twitter.com/BlazeTV http://instagram.com/TheBlazeTV http://facebook.com/BlazeMedia

Jesus Christ died for our sins according to the scriptures and that he was buried and that he rose again the third day praying for everyone everyday God bless you all.

It’s becoming difficult to tell the difference between the Soviet Russian government from the cold war and the current US government.

Never followed beck until recently. Always heard of him being a crazy conspiracy guy. Recent events have caused me to start watching what is happening more closely, and I have to say, he does really good, well sourced coverage. You can come to a different conclusion than him, but you can’t argue his facts.

I can’t even imagine not having you, Mr Beck, to get the truth. I will pray that never happens. I’m not very educated, so even more reason to have you explain My order of your book, The Great Reset, has now shipped. I pray for our dear United States!

Canada already showed how easy it is to take your money 🙈

This is simply TERRIFYING. How did America end up this way?!?!! Patriots??! We can’t let this happen. We just cannot. 😐🇺🇸

If I hear one more know it all claim “This is America, it could never happen here”…. my head might actually explode from their ignorance and naïveté!

Thank you so much, for everything, Glenn. It’s still unbelievable, but unfortunately, very true.

You know Glenn, that has a massive amount of depression attached to it!!. And I’m sure that everything that you’re talking about is true. But for me a retired union carpenter and don’t have much money and I’m a Christian. I just got to put my trust in the Lord.

Thank you Glenn Beck for posting an amazing special every single Wednesday, please do not stop with these wednesday specials!!

Idaho was the most red state. This was stated a few years back. It’ll be California under a decade.

Digital Dollar will be a small part of the GENERAL SOCIAL CREDIT SCORE! It’s not so easy to get rid of!!

Ya think! Wasn’t that the plan!

Thank you, Glenn Beck. I want to give some ideas to help the USA. Who would know that the truck drivers of the world could unite against unfair government tyranny? The dollar was backed by gold, but now it is not – instead, the dollar is used to buy oil with, but other countries want to change this & if there is nothing backing the dollar, we become slaves to whoever we owe money to & lose freedom, property, and who knows what else. Or every state could drill & refine their own oil, mine for precious metals & coal, maybe with coops for investment. If the states are financially independent & strong with defense, then the federal government could be put on a budget. The Federal government is too big. The Federal government has bankrupted the USA. If leaders, groups or departments are not upholding the Constitution, then the USA can no longer afford to pay them to destroy the USA. Treason to traitors. RICO laws to groups trying to destroy the USA.

This IS going to be the mark

Glenn is the man for putting these out! I was just about to go to bed! (Michigan) but ahhhh I’ll listen for a bit and then finish on my drive to work! THANK YOU GLENN AND THANK YOU BLAZE TV!

BROUGHT TO YOU BY: 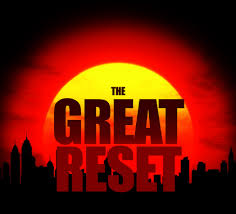 VISIT OUR OTHER SITES:

Check Out Our Prepper Site: PrepperGrizz.com